During the first year of the pandemic, when a lot of countries had mandatory lockdowns, many individuals in a variety of industries found themselves telecommuting and working from home for the first time in their lives. As a result, many businesses started to rely heavily on video conferencing software such as Google Teams and Zoom, in order to host online meetings. Even schools around the world, started to hold online lessons using Zoom.

Even as more individuals have reverted back to working in traditional office environments, more companies such as Microsoft have invested a large amount of funds into developing new videoconferencing software that could compete with Zoom.

Countries have started to rely on tracking apps:

Many countries also started to rely heavily on tracking apps in order to track the movements of those who were later identified as having Covid. In some countries, individuals were made to carry digital identification cards that would track each citizens movements. While in other countries individuals were encouraged to scan QR barcodes using a Covid app, in order to be granted access to stores and restaurants. Interestingly enough in many countries tracking apps have come under fire as some individuals believe that such apps are a violation of human rights.

Certain types of apps such as food delivery apps, have become a lot more popular as a result of Covid. A time during which many eateries were forced to close down their kitchens to in person patrons and started to rely on food delivery services, in order to keep their businesses afloat. You may have noticed that while your food delivery choices in your area may have been limited before the pandemic, that most eateries in your close vicinity will now offer food on multiple food delivery apps.

You may have even noticed that your own habits have changed and that you’re now a lot more reliant on apps such as food delivery apps, after the pandemic.

Self serve checkouts are becoming commonplace around the world:

In conclusion, the pandemic changed the world in many ways and technology as an industry definitely changed as a direct result of the pandemic. So it’s highly likely that you’ve noticed some of the advancements in technology which are listed above. 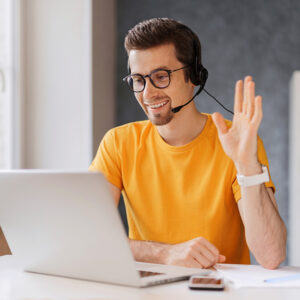